Where the Money Goes

Dr. Michael Chu’s patients had both relapsed several times. The University of Alberta graduate was completing a fellowship at Stanford, conducting research and treating acute leukemia and aggressive lymphoma.

“One hundred per cent of them were expected to die,” says Dr. Chu. Stanford’s medical faculty was interested in an emerging treatment, known as chimeric antigen receptor (CAR) T-cells. Dr. Chu’s patients received the therapy. Three years later, both are still in remission.

“Both had a very dramatic response,” says Dr. Chu, describing the treatment as “groundbreaking.” Today, about 50 per cent of leukemia and lymphoma patients who receive CAR T-cell therapy experience a total turnaround. The treatment is effective even with patients who continue to relapse and are without hope.

When he returned to Edmonton, Dr. Chu became a clinician-scientist at the Cross Cancer Institute, where he could continue research into multiple myeloma—a painful and still incurable bone marrow cancer. There are indications now that CAR T-cell therapy could become a new multiple myeloma treatment and cure.

CAR T-cell therapy turbocharges the immune system to create killer immune cells that can wipe out cancers. Rather than surgically removing tumours or obliterating them with radiation and chemo—clinicians alter a patient’s own cells so they can fight back.Lymphocytes—white blood cells with a natural killer instinct—attack bacteria, viruses and cancers. Every one of our cells has a barcode. Cancer cells, however, can hide theirs, so the lymphocytes that police our bodies can’t spot them and attack.

CAR T-cell therapy involves extracting blood from a patient, filtering out the lymphocytes and then genetically altering them to turn them into killers.

Dr. Chu describes it as “giving the lymphocyte a new barcode reader.” These renewed lymphocytes cook for 10 to 14 days in a CliniMACS Prodigy—a piece of equipment he compares to a KeurigTM. Cooking multiplies the lymphocytes.

When these killer cells re-enter the blood stream, they go on the attack. One killer cell can destroy 100,000 cancer cells.

Commercial CAR T-cell therapy costs $500,000 per patient. Oncologists collect the lymphocytes and ship them to pharmaceutical companies in the U.S. for genetic alteration followed by 10 to 14 days in equipment like a CliniMACS Prodigy. In Alberta, there are two Prodigies—one in Edmonton and one in Calgary. The next stage is to build up a lab infrastructure to further research and provide the treatment here in Canada.

If the Cross Cancer Institute could cook its own killer cells, the cost would drop to about $50,000—a 10th of the price. The Cross could also speed up and improve the process to treat and cure many other cancers, including multiple myeloma.

With a stem cell transplant, despite weeks of chemotherapy, the patient’s stem cells are still contaminated with myeloma cancer.  And the more contaminated, the more likely you are to relapse.

At the Cross Cancer Institute, Dr. Chu and his research team are pursuing a brand-new protocol that uses specialized magnetic beads to clear stem cells of contamination.

Think of a sieve. The healthy cells pour through while the cancer cells don’t. If researchers can thoroughly eliminate myeloma from the stem cells, while keeping the other cells healthy, the project will become a clinical trial. From prototype to clinical trial. this project would cost from $250-300K. 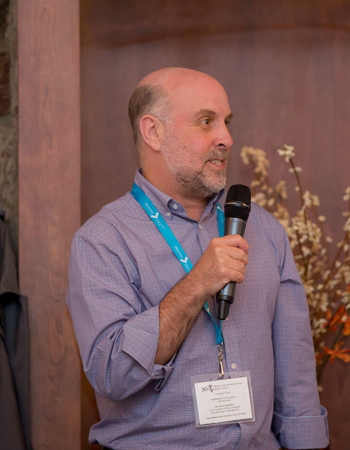 DNA Repair
The Alberta DNA Repair Consortium is a research team designing drugs to treat cancer. These new drugs could be more benign than chemo and radiation.

Alberta is strong in basic research into how cells work. For decades, scientists have advanced our understanding of the basic differences between cancer and normal cells. Dr. Michael Weinfeld and the Alberta DNA Repair Consortium are carrying out translational research to apply that knowledge to new drug design.

“The therapy that kills cancer cells—whether it’s radiation or many of the chemotherapy drugs—kills cells by damaging the DNA,” says Dr. Michael Weinfeld.

Enzymes can repair the cancer cell DNA, so the cells bounce back and the cancer returns. The consortium is identifying and creating compounds that can inhibit the enzymes and block the repair.

These blocker compounds will one day become new cancer drugs.

The research has two parts:

The research project began with colorectal cancer but has the potential to treat a wide range of cancers such as lung cancer. This year’s tournament will help purchase  equipment to support Dr. Weinfeld’s research. 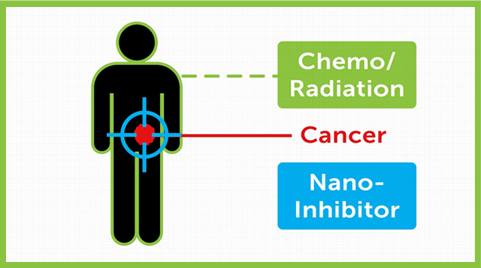 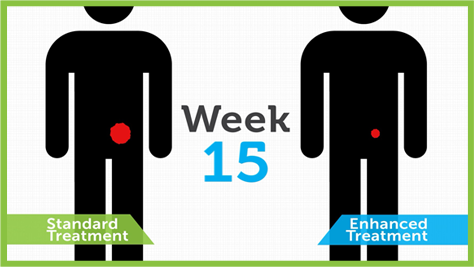