"I didn't know if I was going to live or die" 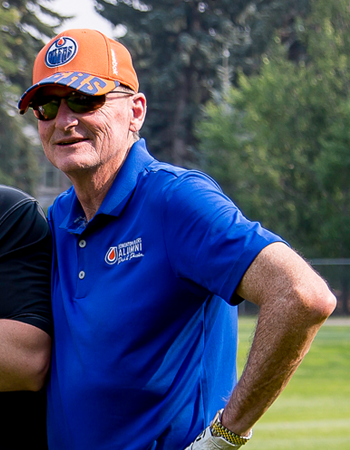 Barrie was always healthy. That’s why it was such a shock when a hug from a friend broke his collarbone. Months later, lifting a light chair caused a fracture in his vertebrae. His back and rib cage were slowly consumed with pain.

After months of discomfort his doctor directed him to the University of Alberta Emergency ward. It was there he heard the words nobody ever wants to hear: “Mr. Stafford, I have bad news…there’s a high percentage chance you have bone cancer”.

In the uncertainty, his wife turned to him and asked “what am I going to do if you don’t get out of here?” He’d come face-to-face with his mortality and couldn’t answer her question. “I didn’t know if I was going to live or die”.

After a difficult week in hospital, Dr. Sandhu introduced himself. “He told me I had Multiple Myeloma but he also said ‘I think I can help you’. That was the best thing I’d heard”.

After months of treatment and a stem-cell transplant he was released from the Cross Cancer Institute. He had no appetite and was scary thin. After about four months he began to feel human again. His rehab started with short daily walks, and eating the only thing he could stomach: his wife’s home-made grilled cheese sandwiches.

Today Barrie is nine years post-transplant, on a chemo maintenance program, and still in remission. “I feel like my foot is on the head of a snake…I really don’t know when it’s going to strike…but I’m a very lucky guy”. Currently, there is no cure for Multiple Myeloma.

Barrie is retired after 38 years with the Edmonton Oilers. He’s spending his time with his wife of 24 years and dedicating a lot of time to the Cure Cancer Foundation, trying to help other cancer patients. He and co-chair Brian Anstice, a fellow Multiple Myeloma patient, established the Toast of the Town event to raise money to help fund a cure. “We really want to bring awareness to the great work the Cross Cancer Institute is doing. The doctors, the researchers, every one is really doing incredible work and we’re making huge progress.”

“Today, because of advancements in treatment from research funding, I’m confident I won’t die from Multiple Myeloma. I couldn’t say that before. I do my best to live with gratitude daily.”

“Although he told me I have multiple myeloma, he also said, ‘I think I can help you.’ That was the best thing I'd heard.”

"This ain't getting me"

Brian was diagnosed with Multiple Myeloma in 2016. He’s been put through the ringer, undergoing chemotherapy, a stem cell transplant, and many other uncomfortable medications and treatments but managed to be cleared. Three years later, in summer 2020, he relapsed.

He’s living well with cancer – the best one can hope for. He remembers getting diagnosed, how scary it was and how determined he was to get better. “This ain’t getting me” he said aloud, to no one but himself.

He’s been married to Darlene for 38 years, has three kids and two grandkids that keep him busy. He is happily retired and spends his time coaching university basketball. “I think I get more out of coaching them than they get from me…it’s always been a passion”.

How did he get involved with the CCF? Brian chuckles. “It began as just a bunch of old guys having coffee. We all either had cancer or knew someone close to us with cancer and we just thought we should do something.”

They started Toast of the Town as a way to raise money for cancer research here in Alberta. Immunotherapy was something Brian knew about but it would have required him to travel to a far country without the comfort of home. Not to mention it would have cost about the same as a house. The goal was to make this therapy available in Canada and at a reasonable price – and they did.

He is proud the foundation is making such a big difference in people’s lives but admits it can be hard when you know you’re helping, but people you love are still dying. 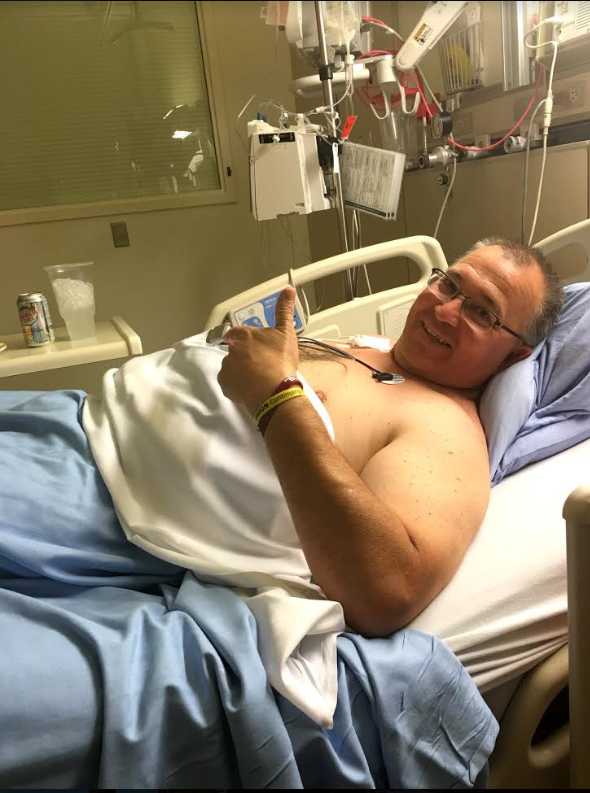 The only way this was all possible was with the help of researchers, oncologists and an unbelievable nursing staff at the Cross.

In 2019, funds raised supported this research.